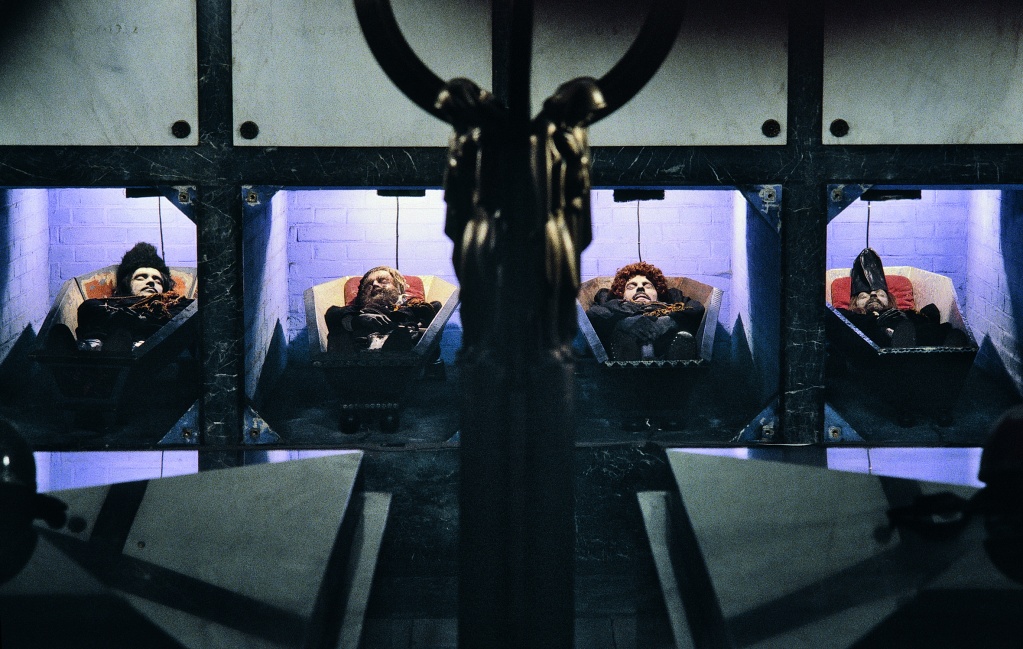 The Subcommittee for Suppressing Publicity was established at the Supervisory and Consultative Committee of the B.K.S. headquarters at the conclusion of the reform of the archive service that was sped up after the end of the official B.K.S. exhibition in

The secret organisation B.K.S. is presenting for the first time one of its organs that, despite its inspectional and restrictive function, has paradoxically become one of the important factors of cultural life in this country and internationally. The Subcommittee for Suppressing Publicity was established at the Supervisory and Consultative Committee of the B.K.S. headquarters at the conclusion of the reform of the archive service that was sped up after the end of the official B.K.S. exhibition in 1991.

That exhibition, which was declared to be the first and last, revealed a great quantity of information and captured the imagination of the general public. The exhibition did not, however, come about as a result of efforts at self-promotion or the ambitiousness of the members; it arose out of surprised and entertained amazement at the sheer range of the executed work that stood out as something professionally and knowledgeably organised in being viewed unexpectedly, seemingly from the outside. Many years of internally operated and institutionalised acquiescence to both life and death thus presented itself in a representative selection; however, in doing so, there was no desire to make it public to others as well. At that juncture the ever-perceptive Office of the Chief Inquirer at B. K. S. expressed its fear that we might find ourselves sucked into the psychological need to make further presentations to the public, and, by extension, in the media. It therefore issued the appropriate instructions.

Now, twenty years on, the S.F.S.P. is an internal organ of B.K.S. that is designed to monitor contacts with subjects existing outside the organisation. It does not involve itself in these links, but over the years has released quotas of information leaks whose volume it continually tries to reduce with the perspective aim of once more making all B.K.S.’s activities secret. Tolerance is reserved only for partial sections of its activities, mainly before they are strictly institutionalised within the structure of the organisation. As far as B.K.S.’s writings are concerned, the administrative work is the most highly classified; in contrast, occasional and ceremonial poetry was even released for book publication in the Kaloty edition. The subcommittee also takes a more lenient approach to another of the organisation’s activities, Ikebana. The bilingual guidebook ‘B.K.S. Ikebana Then and Now’, hitherto released only for Japan, provides a relatively clear account of this sphere of activity. Secret exhibitions are, on the contrary, kept under very strict surveillance. Of these activities, apart from the cliché-verre symposium and the Mausoleum drama, the results of the Secret Landscape Harvests were released on a one-off basis for the Prague National Gallery. In terms of the extent of public presentations, B.K.S.’s social life has always come last. There have been small leaks from the spheres of postage stamps, duty stamps and motoring, though these were always more a promise to the public and a source of annoyance to representatives of officialdom. The current small exhibition and publication connected with it concern the organisation’s armament and theatre; following an official settlement lasting several years it is, of course, fully within the permitted scope of the S.F.S.P.