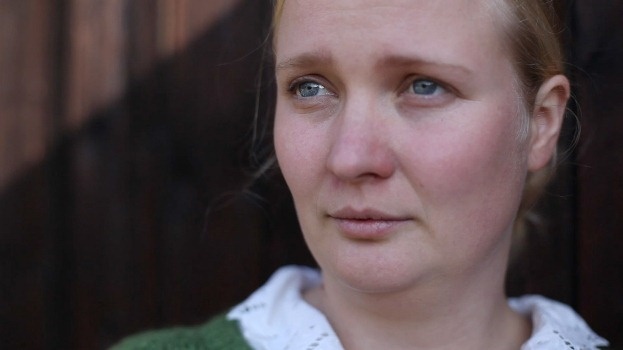 Mark Ther is the first winner of this prize who focuses exclusively on video art. In his work he deals with controversial taboo themes, courageously interconnecting bizarre stories from the Nazi era with sexual deviations. However, his videos are not unambiguous; their plots and denouements are usually mysterious and visually absorbing.

At this exhibition, Mark Ther presents three videos that circle – each of them differently – around (un)real events in what erstwhile was the Sudetenland. Pflaumen (Plums) of 2010 narrates the story of a boy who refuses to leave his home at the time of the transfer; and Das wandernde Sternlein (The Wandering Starlet), the winning opus in last year’s edition of the competition, narrates the fate of a lost boy who became a victim of a paedophile murderer. The latest video prepared for this exhibition, Enkel (The Grandson), is a 1920s conversation between a mother and her daughter, and again describes tragic family events.

Mark Ther again demonstrates his virtuoso ability with images, which veils all evil in an aesthetic, beautiful form as in a mist which appears as if it could rectify all the irreparable deeds. They are also a game with the viewer, which indicates the thin dividing line between art and life.