To the People of Prague on My Sixtieth Birthday 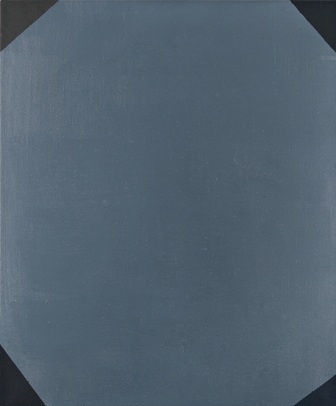 The artist himself has called the exhibition ‘To the People of Prague’ to mark his approaching sixtieth birthday. The painter has prepared fourteen oils on canvas and one sculpture specially for the Gallery.

When I visit Jan Merta’s studio, I usually goes like this: I knock on the door. Jan (who turns sixty this year) opens it for me, smiles, and I have the distinct feeling that although he’s alone in the studio, I’ve interrupted him in the midst of telling some amusing story. I look around the studio, at the step-ladder on which stands a work in progress. ‘Won’t you at least have a cup of tea?’, Jan, or Honza, asks.

On my last two visits he also offered me some chocolate. Supposedly his wife Lenka buys it for him so that he can survive. I break the excellent dark-brown bar into pieces, and am almost certain that I’m on a military exercise. Honza shows me a table with soldiers’ epaulettes showing the different ranks in the Czech Army and he tells me how during the recent cold snap he ran a fever of 42 degrees Celsius in his studio. That is the last mark of calibration on a doctor’s mercury thermometer. As a child I sometimes wondered what happens above that.

We discuss the exhibition in the Špála Gallery. I know, at least a bit, how Honza paints. The paintings with their strokes and colours emerge from, and submerge into, the canvas, just as the reason for each of them is independent of the events, stories, flashes, glimmers, nooks and crannies, and memories of Honza’s life. It’s clear to me that he’ll never have the paintings ready. He tells me, moreover, that he’s fourteen years late. It occurs to me that the exhibition could also have the subtitle: Martial Law.