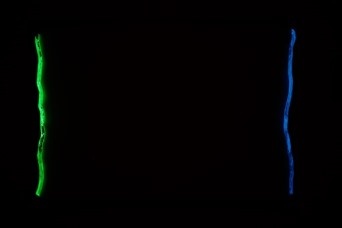 Whereas with painting the most important person is the painter, with the image the deciding factor is the viewer.

Hey Milan,
I’ve got just one question (all the other ones are secondary and stem from it in fact). My question is, why is it that you don’t paint? You yourself claim that you’re good at it, and I think you’re a brilliant painter. Is that why? Do you really not have any topics, stories, fixed ideas or fleeting memories from past lives, visions, dreams, bizarre thoughts? There’s always what to paint, or isn’t there?
I have a feeling that a lot of people “create‟ in trendy ways because they simply don’t know how to paint. And it’s these people (including those who never painted or never painted well) that I sometimes hear claiming that painting is over. So they take pictures, make videos and installations...
So why isn’t someone like you, who has such a gift, making use of it and developing it. I don’t get it. I dare even disagree beforehand with what you might say, that you are in fact painting. Undoubtedly, we could argue about what makes or doesn’t make a painting or what no longer constitutes a painting. When I’m asking you why you don’t paint, I’m asking why you aren’t using painting as a means to express the feelings I’ve mentioned. Why are you concerned in such a considerably conceptual way with “mere“ technology and the aesthetic possibilities of the material used secondly or the material that’s primarily a support?

Hey Pavel,
I don’t know! I don’t want to introduce arguments concerning the evolution of art or how one (or everyone) ought to perceive the painterly gesture (as much as I think that even about that matter I can declare that it, too, is something “I know how to do“).
If it’s possible to know how to paint and at the same time not be a painter, then it’s probably my case. I don’t exactly know why it happened that way, but it definitely has something to do with the fact that I’m finding pleasure where I wouldn’t be able to as a painter.
The fact that, in the end, I’m moving around with instruments which are normally used for painting isn’t enough for me to convince myself that what’s at stake is painting, let alone art. Similarly, the fact that in some of my things you can see what’s being depicted doesn’t mean they’re paintings, let alone quality paintings.
I think that the judging of what I’m actually doing has to be done by someone else. I feel bad about not being able to answer your one question in words. I don’t, however, think it’s that important whether I’m painting or not. I believe that if what I’m doing brings me pleasure, that it’ll then bring pleasure to others as well. Whereas with painting the most important person is the painter, with the image the deciding factor is the viewer.