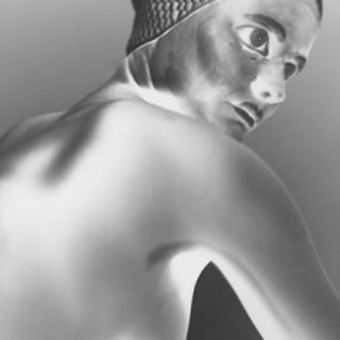 Together with Pavel Lagner, the exhibit’s curator, Stano has chosen about 60 photographs made between 1992 and 2011 for the Václav Špála Gallery.

The white shadows of Tono Stano’s photographs will crowd the walls of the Václav Špála Gallery at Národní třída in Prague. The author constantly adds to the series of photographs whose origins date back to 1991. Together with Pavel Lagner, the exhibit’s curator, Stano has chosen about 60 photographs made between 1992 and 2011 for the Václav Špála Gallery. Their characteristic trait is that all that is black is actually white, and vice versa. This is the first time that the photographs have been exhibited in the Czech Republic on such a broad scale.

Photographer Tono Stano’s name is now a world-renowned brand. He became famous primarily thanks to his monochrome female nudes, celebrity portraits as well as advertising and applied photography.

The introductory address for the exhibit at the Václav Špála Gallery comes courtesy of poet, writer and musician Jáchym Topol: “Tono Stano, in whose works we are used to perceive the pulse of feminine beauty, has now dragged his models, most often girls and ladies, in from a masquerade, a wild carnival, or perhaps straight from the ghostly women’s Ship of Fools. Or maybe he just ran into them on Petřín. Yes! It must have been at a slightly weird feast, most likely in moonlight, in the grass between the trees on the top of Petřín. They grimace and distort their faces, naked or dressed in whatever was available in the studio. They are provocative, dreamy and wild-looking, the denizens of the world where shadows are white.”

Born in Slovakia, Tono Stano (1960) graduated from the High School of Applied Art in Bratislava and then the Department of Photography at Prague’s FAMU. He currently lives and works in Prague. His photographs are popular among private collectors as well as being part of many public collections in the Czech Republic and abroad. Tono Stano gained renown primarily thanks to his staged nudes and portraits. He has held many individual and group exhibits in prestigious venues all over the world. His works have also been published in several monographs.