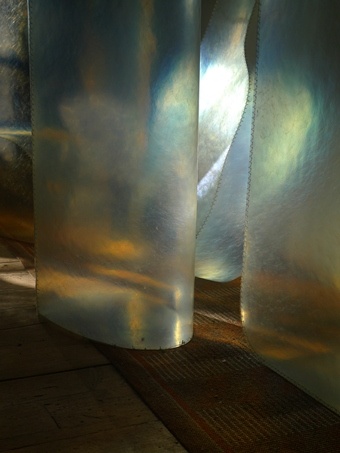 František Skála was born in the 1950s as a child of love and class hatred. He spent his delectable childhood with poor school grades in the streets of what was a suburb of Prague at the time.

František Skála was born in the 1950s as a child of love and class hatred. He spent his delectable childhood with poor school grades in the streets of what was a suburb of Prague at the time. He helped to improve his family’s budget through collecting scrap from a tender age. His parents shared a profound understanding of his tendencies towards comedy and his eccentric interests, and helped him to overcome school days. He used to spend his holidays in a crumbling villa in the middle of a garden with a spruce grove near a tram terminal, which his grandfather had built. His father sparked his interest in insects. His friendship with P. P. helped him to extend his childhood by several years and build the foundation for the mysterious organisation B. K. S.

While in secondary school, his priority was being cool and attracting his future wife. At that point, he recognised the gothic and renaissance styles and H. Bosch’s surrealism. He prepared for the Academy.

Like ancient masters, he sketched his grandma in red chalk and pear trees in the fields in white chalk on tinted paper, and was not admitted. Influenced by the domestic art informel and created on a coffee table by the couch, his early works lacked distance.

He wanted to be a drummer as a child, but his father refused to buy him a drum when he was an adolescent, so he drummed on pillows. When his mother contributed so he could buy his bongos, he fell sick with brain fever. While his friends left for the army, he was excluded from army service. He worked as a maintenance worker and lunch boy in the Lékárenská služba (Pharmacy Service) company. He traversed Prague in blue overalls feeling miserable and old. That was when he became determined that he would never: 1. work for money, 2. be addressed “comrade”, and 3. be subordinated to a boss.

He spent six years obtaining his tertiary education during the toughest years of the “normalisation” era. Every day he contemplated emigration in the school toilets. Being one of the last remaining long-haired students in school, he demonstrated he was a rebel by shaving his head bald and getting a Chinese braid. His profound affection for the elements was formed by regular nudist holidays in Bulgaria. Having obtained his diploma and passed his exam in aesthetics, he pioneered the notion of “humour in scientific illustration”. He wanted to be the best illustrator ever, and he suddenly came to realise that the current developments in society made it possible to present what he did on weekends, continuing his childhood hobbies, as contemporary art. He applied for membership in the Tvrdohlaví (Hard Headed) art group and was admitted as a stand-in.

He exhibited and sold whatever of his works that turned out particularly well in the 1980s, 1990s and 2000s.